Senior MBPJ officials own low-cost flats
by R. Nadeswaran, Terence Fernandez and Llew-Ann Phang
PETALING JAYA (May 20, 2010): SHE is chauffeur-driven in an official four-wheel drive on duties and states her address in official documents as a double-storey corner terrace house in Kota Damansara. But Sharipah Marhaini Syed Ali is also the owner of the low-cost apartment in Ara Damansara and happens to be the planning director of the Petaling Jaya City Council (MBPJ).

She is not the only senior official owning a low-cost apartment.

MBPJ’s senior assistant engineer, Hanizah Katab, owns one in the same block – and so does about 500 other MBPJ employees, many using the names of wives, husbands and relatives to own low-cost homes in Petaling Jaya.

By her own admission, Sharipah is not the only director who owns a low-cost flat. Questioned by a councillor, she charged that there are other “directors and deputy directors” who own such properties.

In a reply to a memo from Deputy Mayor Puasa Md Taib dated Feb 4, Sharipah argued that “if the policy is that those earning above RM2,500 are not eligible, then all the other officers involved should be asked to explain”.

Going by the state government’s guidelines on eligibility for low-cost units, they would not qualify by a mile because only those having combined family income of less than RM2,500 a month can apply.

However, according to Sharipah, there was a policy introduced in 2001, when the council took over squatter eradication efforts from the state, to allocate low-cost units to council staff.

This decision, however, was in contravention of the state’s policy, which restricted the sale of low-cost units to those with a household income of not more than RM2,500.

Executive councillor in charge of poverty eradication Dr Xavier Jeyakumar said the policy still stands. “The state government’s policy on first-time ownership of low-cost units has not changed, and any exemption by the housing department must be sanctioned by the Exco,” he said.

However, documents made available to theSun revealed how the RM2,500 criteria could be circumvented (see also page 8).

Most, if not all, the low-cost units are not owner-occupied. Instead, they are an extra source of income because they can fetch rentals of up to RM500 a month.

Sharipah’s monthly bank loan repayment is RM322. Her apartment has been unoccupied for two months. According to neighbours, the Indonesian construction workers who were renting it had left for Kuantan after finishing a development project nearby.

Hanizah is collecting RM400 a month from an Indian family of six.

However, a search at MBPJ’s Valuation Department showed that in her application for the low-cost flat, Sharipah gave her address as a double-storey corner house on Jalan Nuri, Section 7 Kota Damansara, estimated at about RM450,000. Hanizah gave an address in Nilai.

The issue of MBPJ staff owning low-cost flats was first raised by councillor K.W. Mak in February when he asked the State Select Committee for Competency, Accountability and Transparency (Selcat) to investigate the non-compliance and malpractices in the sale of such apartments to non-eligible applicants.

In a statement last week, Mak said he had written to Mayor Datuk Roslan Sakiman on April 29 to also conduct investigations.

Mak raised the issues after receiving complaints from former squatters who were promised low-cost units but never received offers once the construction of the low-cost flat was completed.

“These former squatters have shown me proof that they were interviewed and given alternative accommodation prior to waiting for the demolition of their village to make way for development and subsequent relocation to the completed flat in their former locale,” he said.

Last week, two residents who had complained to Mak turned to theSun claiming that MBPJ officers had taken away apartments meant for them.

Mak said he has yet to see documents supporting the so-called policy to open up low-cost units to council staff. 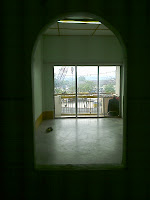 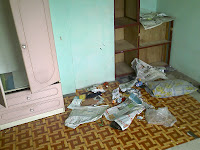 This is the most asked question when there are low cost units up for grab. Why? because not many people are aware of these restriction and some are afraid of losing their deposits. 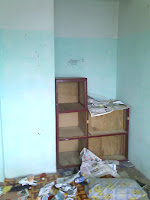 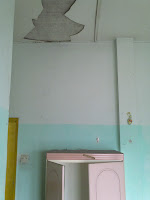 I quote these from a very reliable source. 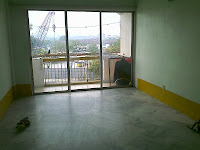 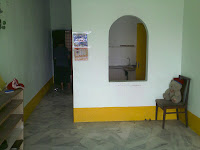 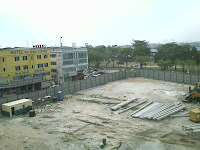 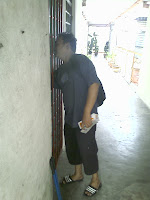 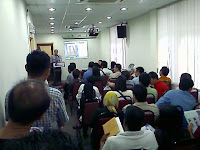 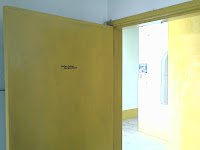 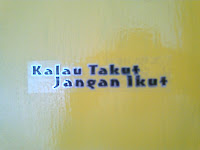 So to speak. Somehow these rules/”syarat” does not apply for auction properties due to several reasons (according to a lawyer). Please dont quote me or blame me back for any events in the future faced by you in the future because of my article. I shall bear no responsible for anything or whatsoever.

Based on my experience, we have yet to encounter any apllication being rejected by the Lembaga Perumahan Negeri on the units purchased through auction. But hey ! there is always the 1st time.

A saying on the door to the master bedroom….

All pictures were taken from a unit in Shah Alam won by Satu Solution’ client.